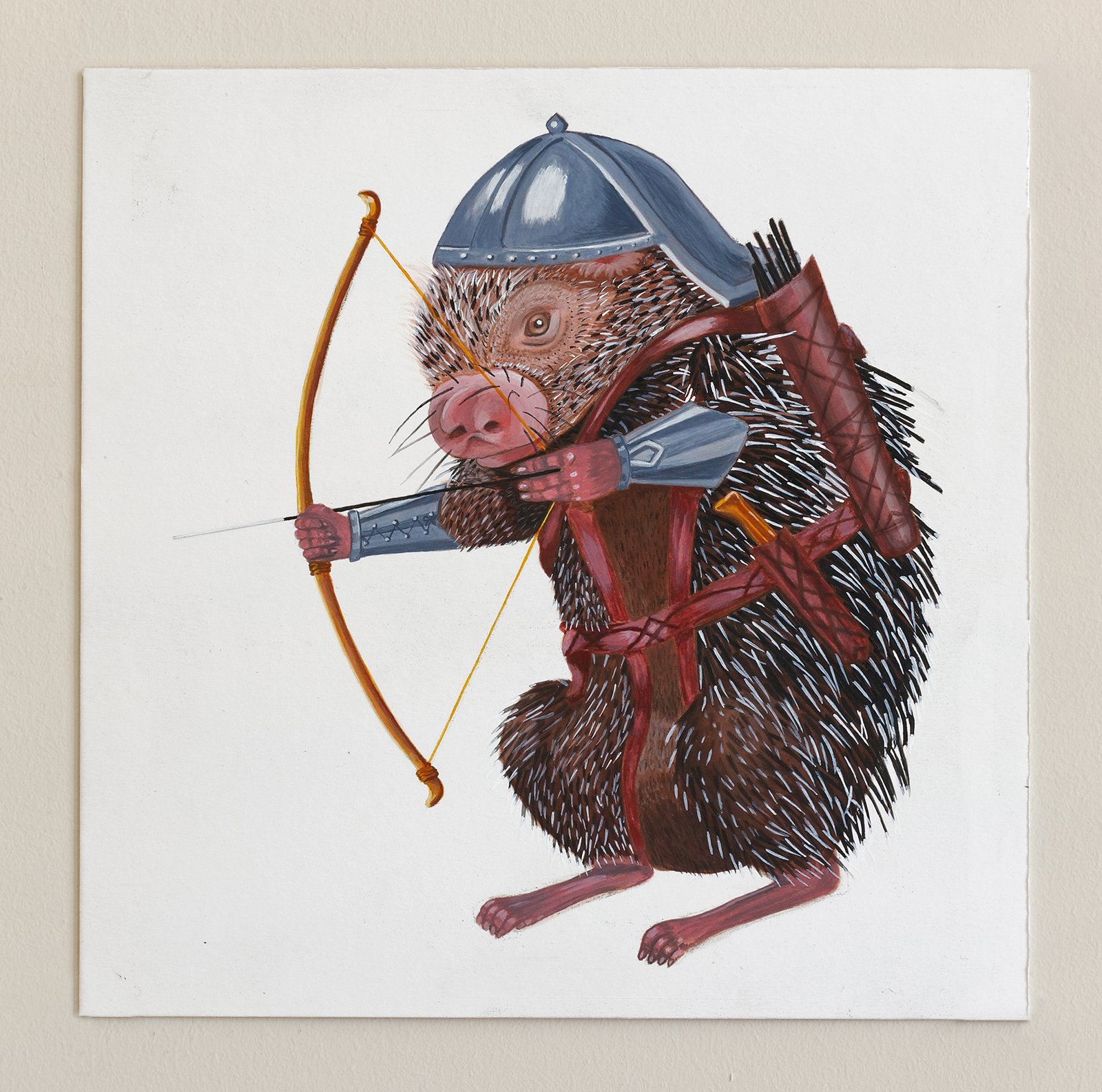 The challenge here was to come up with an animal character that does human acts. I had to combine several ideas into one. This resulted in Hercules, The Porcupine, using his own quill as an arrow, being a medieval character with helmet and a knife. Making the animal stand on two legs holding bow and arrow was a feat. Even more, was making each quill and painting them with two colors, once in white for the tip and then again brown for the rest of the length of the quill.

Previous
Next
2022. All Rights Reserved. SandhyaRao.com